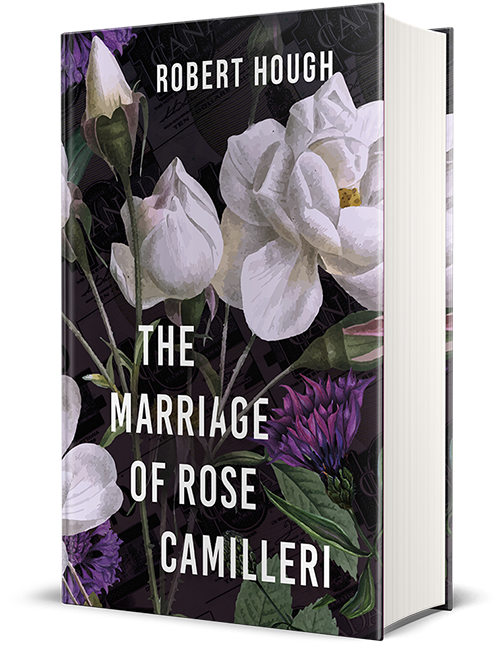 Find ‘Rose’ at your local bookstore

The Marriage of Rose Camilleri

After locusts ravage Gozo, the tiny Maltese island where Rose Camilleri grew up, she decides to follow the example set by her five older siblings, and leave. After joining her politically committed aunt in a large, North American city, she meets Scotty, an ex-convict who is struggling to put his life back together. Following a torrid affair that results in pregnancy, eighteen-year-old Rosie reluctantly accepts Scotty’s proposal of marriage. Over the next twenty-five years, during a union marred by infidelity, borderline poverty, criminality, drug usage, two high-strung children and, perhaps worst of all, long stretches of boredom, Rosie manages to do something that she once doubted was possible: she falls in love with her own husband.

Achingly real and dreamlike all at once, The Marriage of Rose Camilleri is a triumph of storytelling, finding the arresting truth at the heart of a seemingly ordinary life. Hough spins the longing that runs like an underground river through Rose’s existence into a thing of beauty.

Coming this September, The Marriage of Rose Camilleri is now available via pre-order from all major, book buying outlets.